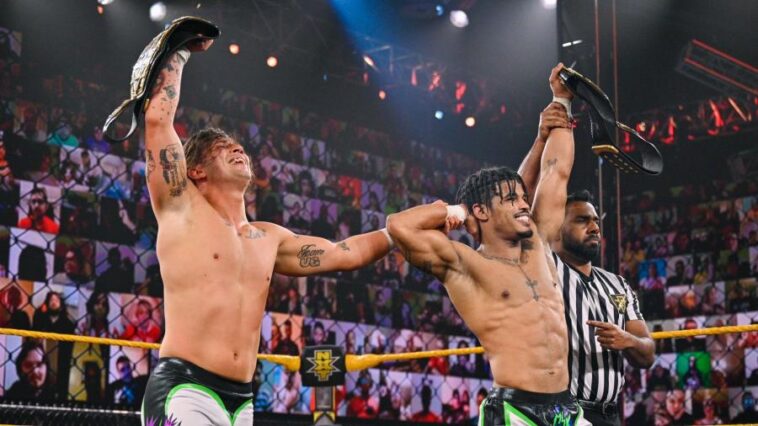 In the blink of an eye, Wes Lee can change the entire dynamic of a match with his jaw-dropping athletic ability.

Deploying a repertoire influenced by high-flying icons such as Shawn Michaels, “Macho Man” Randy Savage and Rey Mysterio, Lee takes his offense to an entirely new level with rarely-seen innovation.

No stranger to high altitudes as a former member of the United States Air Force, Lee dazzles audiences with a variety of topes and planchas, as well as a breathtaking corkscrew senton bomb.

Once Lee linked up with teammate Nash Carter on the independent scene, the star of both rose high in short order, with the duo capturing tag team gold in several promotions.

The success continued upon MSK’s arrival in NXT, as Lee and Carter not only won the 2021 Dusty Rhodes Tag Team Classic but captured the vacant NXT Tag team Championship less than two months later at NXT TakeOver: Stand & Deliver.

With a dizzying array of tag team offense in tandem with Carter such as their assault standing moonsault and devastating combination blockbuster, we’d say the sky is the limit — but Lee can soar even higher.