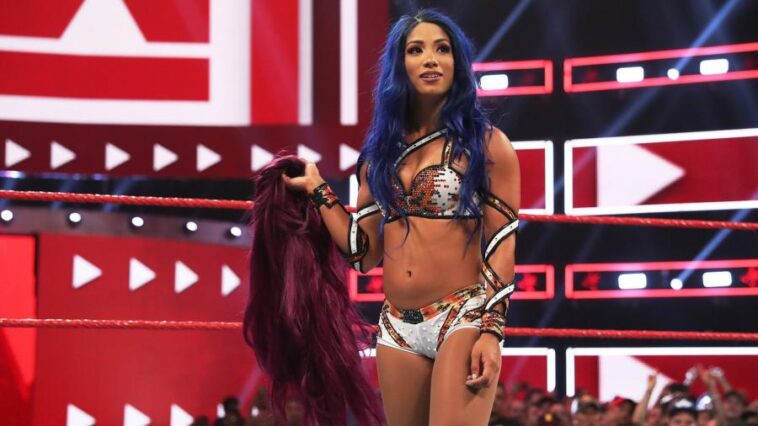 Some people are born Bosses. Others have Bossness thrust upon them. Sasha Banks is the former.

An independent wrestler out of Boston, Banks worked her way through various promotions before finally getting a foot in the door in WWE NXT. Eventually, the quiet but talented young woman found her voice, and The Boss was born. Since then, Banks hasn’t looked back for a second, though she turned plenty of heads throughout her astounding rise to dominance as one of Full Sail’s “Four Horsewomen.”

The trailblazing continued past NXT when Banks helped usher in a new era of competition on the Raw roster during the Women’s Evolution. Since then, the ultra-confident Banks has made history at every turn, competing in the first-ever Women’s WWE Iron Man, Hell in a Cell, Royal Rumble and Elimination Chamber Matches, all while capturing multiple Raw Women’s Titles and teaming with Bayley to become the first WWE Women’s Tag Team Champions.

Banks reformed her alliance with Bayley on SmackDown, and the two defiant Superstars immediately touted themselves as the locker room leaders on the blue brand, even capturing the WWE Women’s Tag Team Titles for a second time.

After being attacked by Bayley in savage fashion, Banks proved that she was indeed “The Boss of the Cell” when she scored a brutal victory over her former best friend to capture her first SmackDown Women’s Championship in a barbaric Hell in a Cell Match.

Refusing to be looked over or set aside, Sasha has proven time and again that she runs the roost. Just like a — well, you know.